How Nespresso's coffee revolution got ground down 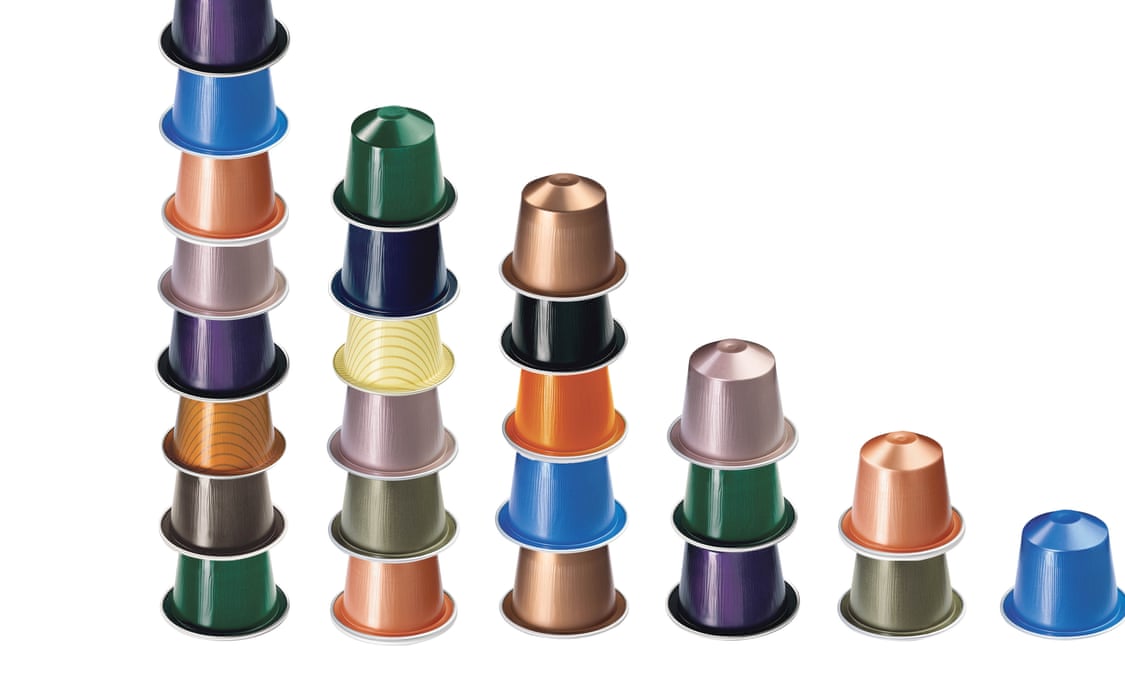 If you're a prodmgmt nerd, it doesn't get much better than this. discovery, ux, pivoting, intellectualproperty , product-market fit, and George Clooney.

"In 1975, a young engineer named Eric Favre took a trip to Rome that would change the history of coffee. Favre had recently started working at Nestlé’s headquarters in Vevey, Switzerland, and one of his first projects was to develop a machine that would combine the convenience of domestic coffee with the quality of an Italian espresso bar, where customers paid more for a product made by an expert using large, expensive equipment." (The Guardian)


"But at Sant’Eustachio Il Caffè, the baristas pumped repeatedly. This meant they forced more water and air into the ground beans, which meant greater oxidisation, which drew out more flavour from the beans and produced more of a crema – the layer of foam formed on top of a good espresso."

"The company’s market research suggests that sometimes consumers do not know what they actually want. Culturally, Germans like to believe they like strong coffees, but if you give them a blind taste test, they prefer milder drinks, and often buy the coffee that isn’t the one they prefer."


"Its success has provided its public face, the actor George Clooney, with the means to maintain a private satellite over Sudan."


"Nespresso triumphed by selling itself as a sophisticated component of an elite, globalised lifestyle."


"When Nespresso was finally launched in 1986, it seemed like the sceptics had been right all along. The first models were designed to resemble traditional espresso machines, bigger and clunkier than the sleek designs available today, and only four types of capsule were available, offering various strengths of coffee. Pitched to businesses in Switzerland and Japan, for offices without enough space for a full-size coffee machine, Nespresso failed to find many takers."

"The Nespresso system also sat uneasily in a coffee culture that prefers to drink coffee in enormous cups, ideally while driving. “Americans are simply not looking for an espresso first thing in the morning,” "


"I wanted to create the Chanel of coffee, and decided to keep it chic and bobo,” he said in a 2010 interview. The idea was to keep it to “the level of people who have a doorman”. He told me he took inspiration from the wine industry. “The coffee was good and easy to make, but how do you spread the luxury feel?"


"Most importantly, he began marketing Nespresso to individual consumers, rather than to businesses, through the new Club Nespresso. It was no longer just a better coffee for your office – it was a way of life."

"The Nespresso system made every customer feel like a connoisseur: you had to make a choice every time you put a capsule in the machine, even if it was just between black or purple."


"In Nespresso adverts, he observed, coffee is almost always displayed in a transparent glass, with a crown of light crema on top of the drink. “It starts to look almost like a pint of Guinness,” Spence said. “Coffee doesn’t come with the visual variation you get in tea or wine – it’s all pretty much the same colour, so perhaps you have to show it with the crema.” "

"Pretty much everyone agrees that bringing Clooney on board was a masterstroke – except Gaillard. “It was a major mistake,” he told me. “When you select one person to do your branding, you put two stars on the screen – the product and the person. Thanks to Nespresso’s budget, Clooney became better known in Europe: he vampirised the brand.”

"s Nespresso has grown, it has come up against an awkward truth: the more popular a brand is, the harder it is to maintain a luxury image."


"One crucial factor behind Nespresso’s rise, unmentioned by Gaillard, was timing. In 1998, Starbucks arrived in the UK, and elsewhere in Europe from 2001."


"One of Gaillard’s innovations was to rebalance the business towards making revenue from the capsules rather than the machines."

"From a closed, Apple-type system – Nespresso products for Nespresso machines – the company had to move to a more open, Android-type model. "


"That year, Nespresso lost its patent battles in Germany and England, and settled other outstanding cases around Europe. Overnight, the company had to accept it could no longer stop third-party capsules being sold for its machines."


"The court cases also made awkward PR for a company keen to promote its ethical sourcing. "

"Unlike plastic, used by many of Nespresso’s rivals, aluminium is 100% recyclable, but there is a big difference between offering recycling facilities and getting consumers to use them."

"On top of the landfill problem, there are the environmental costs of producing aluminium in the first place. "